As we have written previously here, Goldman Sachs Runs on Open Source, which is a function of a broader truth – Goldman Sachs, like nearly any organization nowadays, large or small, runs on software. Attracting and retaining great developers, from a diverse set of backgrounds and life experiences, is critical to our Engineering Division and our firm overall. We have a vested interest in supporting the next generation of software engineers.

Both of us had the privilege to study computer science in school. In Marco's case that was back home in Italy and in Irfan's case that included his time at the University of Texas. Without those early opportunities, our lives might have been very different. This makes computer science education not just a professional imperative but a personal one too – we want to give back and create similar opportunities to those from which we benefited. 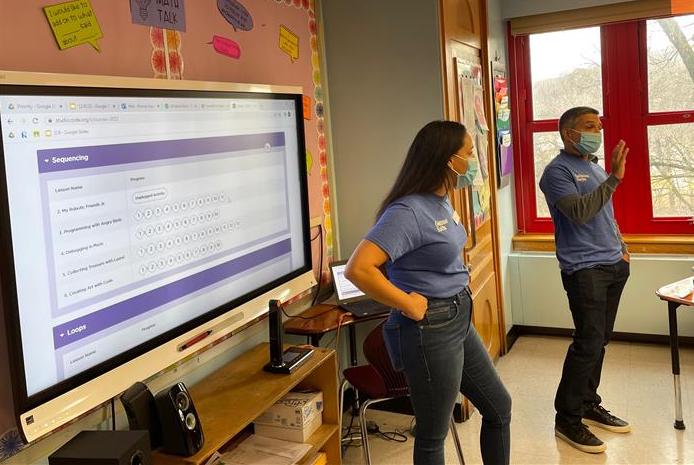 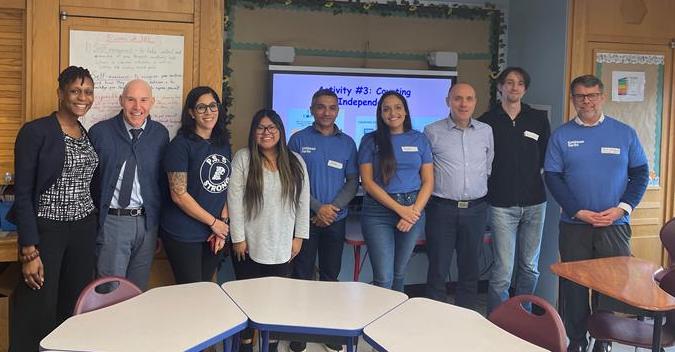 Hour of Code sessions are often an opportunity for those who work with software to visit schools, support teachers leading Hour of Code activities in their classrooms, and talk a bit about their work and background in software engineering. Goldman Sachs team members are participating in Hour of Code events around the United States this week. In Salt Lake City, our Engineering team led three events at two schools, Mountainview Elementary and Washington Elementary. Today in San Francisco, our Asset Management team is leading an Hour of Code at Mission Dolores Academy. Also today in Dallas, we are running an Hour of Code for 2nd and 3rd graders at a community center that serves youth in under-resourced communities.

Here in New York City, home to Goldman Sachs HQ, we're similarly engaged. Yesterday Irfan led a team of engineers that joined a class of 3rd graders doing the Hour of Code at P.S. 5, the Ellen Lurie School, in Upper Manhattan. Marco led a group of Goldman Sachs volunteers from our Engineering and Asset Management Divisions at an Hour of Code at the High School for Hospitality Management where they were joined by the Chancellor of New York City Schools, David Banks, and the Chair Emeritus of CS4All, and NYC-based venture capitalist, Fred Wilson, who has been a city leader in expanding computer science education. Fred has spearheaded the private-public partnership he conceived and launched to support computer science education. Fred wrote about the on-going progress on these efforts today on this blog, AVC.com.

There was a lot of momentum for computer science education prior to the pandemic. Volunteers going to schools to support, teach, and mentor around computer science, understandably had to take a pause. This year's Computer Science Education Week is a great opportunity to re-energize and bolster the global efforts around this critical work. It was fantastic to go out to schools and we look forward to the opportunity to get more deeply involved in this work.